Our mission is to find the best solutions for our clients, while promoting and defending justice and the rule of law. We solve legal problems with wisdom, compassion, and skill. Our attorneys bring decades of talent to find efficient legal solutions to client matters. Our firm provides a client-focused, global view to problem solving with an emphasis on interconnectivity by recognizing the diverse needs and backgrounds of our clients around the world. 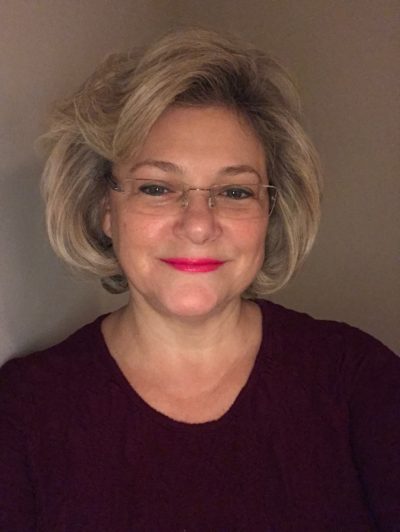 She is the founding partner of Rolinski Law Group, LLC, a boutique law firm with main offices in the Washington, D.C. metro area. Her practice focuses on comprehensive solutions to civil litigation, personal injury, and business legal matters for U.S. and international clients. She litigates in U.S. federal and state courts and arbitrates internationally. She works with entrepreneurial start-ups and clients to realize their business development through project development, finance and compliance in the U.S. and internationally.

She has been involved in the renewable energy sector in the emerging markets of Europe and the Near East: development of new technologies; carbon credits and engineering transitional approaches to minimize ecological impact. She has served as USAID lead counsel in international training on Mediation, Arbitration and Litigation-Kenya.

Ms. Rolinski is admitted to the United States Supreme Court as well as the highest Courts in the State of Maryland, the District of Columbia and the State of New York, the Second, the Fourth, the Ninth and the D.C. Circuit Courts of Appeal.

Sylvia J. Rolinski was born in New York. After receiving two Bachelors degrees in Psychology and Social Work from Syracuse University in 1981, she went on to receive a Master of Arts degree in International Affairs and Economic Policy from American University and her Juris Doctor in 1986.

After graduating from law school she was the Juridical Law Clerk for the Honorable Nan R. Shuker, Judge to the Superior Court of the District of Columbia in Washington, D.C. She began her career as a litigation associate for two Washington, D.C. law firms specializing in the areas of international trade and negotiations, corporate, antitrust, immigration and domestic litigation matters. She also served as an adjunct professor on the faculty of Northern Virginia Law School during 1990 in the area of torts.

Upon the democratization of Eastern Europe she organized her own law firm while in her twenties. This enabled her to consult and advise on the conversion to the democratic process for Eastern European government institutions as well as their electoral process. Additionally, she specialized in international trade, international and US corporate representation before state and federal courts, immigration matters and United Nations affairs.

She served as Special Counsel to the Foreign Minister of Bulgaria of the first democratically elected government. In 1992, she became the first American and the first woman to serve as Chef de Cabinet to the President of the General Assembly of the United Nations in New York.

Ms. Rolinski has served as a Judge for the Philip C. Jessup International Moot Court competition and is a mentor with Georgetown University Law Center International Law Society. She is a member of numerous professional associations, including, Maryland, D.C and N.Y. Bar Associations, American Immigration Lawyers Association, and Phi Sigma Iota, the foreign language honor society. She is fluent in English, Bulgarian and French.

Ms. Rolinski has enjoyed the status of Barrister with the Charles Fahey Inns of Court in Washington, D.C. and membership with the National American Inns of Court.

In October 1993, she was awarded the No Nonsense American Woman of the Month in recognition of her as the first woman to serve as chief of staff to the president of the UN general assembly, published in the October 11, 1993, issue of People magazine. She is honored in the Twelfth Edition of The World Who’s Who of Women, the International Book of Honor, Fourth World Edition, 1995, Kensington Who’s Who 1998-1999 edition and Who’s Who in Executives and Professionals 2003-2004 edition. She has been invited for decoration with the Order of Liberty and Unity for her work in international diplomacy.

In October 2006, she was selected by her piers as a “Super Lawyer” published in the March 2007 issue of Washington, D.C. Super Lawyers magazine on law and politics. In March 2007, having been chosen for recognition by her colleagues, she was listed as a V.I.P. Member in the Continental Who’s Who Registry of National Business Leaders.

Her philanthropic work is extensive. She serves on the Board of Directors of Cleantech Corridor, a New York not-for-profit organization. Its passion is environmental sustainability. Its mission is to accelerate the adoption of clean tech solutions everywhere and provide the forum for expert dialogue and resources to generate renewable energy employment under the umbrella of urban sustainability. She has been Chairwoman of the Board of Directors for the not- for-profit Adventures in Health, Education and Agricultural Development, Inc. (AHEAD, Inc.) which works in remote areas of Africa, especially Tanzania: “Rebuilding the human spirit one child at a time.” She was the founder and Chairwoman for the Syracuse University Art Council and has been a member of the Syracuse University Board of Trustee, Washington, D.C. She is the founder and chairperson for the foundation, Humanity, Inc., which endorses the U.N. Convention on children and serves orphans and hearing impaired throughout Bulgaria. She is a board member of the not-for-profit The Other Bulgaria Foundation which protects voter rights of overseas elections.
Ms. Rolinski has been actively involved in the Democratic National Committee and Women’s Leadership Forum and supporting Democratic Candidates’ election campaigns. She participated in the successful campaigns of Presidents Obama and Clinton, as well as serving as a legal counsel for voter integrity to the DNC for the past three presidential elections. She has been a member of the Leadership Committee of the National Women’s Leadership Initiative and the National Council of Civic Leaders.

She is a certified yoga works instructor, has managed and coached of her son’s little league baseball team-the New York Yankees and is a certified Assistant Scout Master with the Boy Scouts DC Council.

Louis J. Suarez, Jr. was born in New York. He received his Bachelor of Arts degree in Political Science from Western New England College in 1975. He went on to receive his Juris Doctor degree in 1978 from John Marshall Law School. While attending law school, Mr. Suarez had the distinct honor of serving on Law Review for two years with a published article entitled “The merger of Law and Equity and its Effect on the Trial by Jury.”

After graduating from law school, Mr. Suarez returned to New York where he began his law career in the commercial and residential title insurance industry. He later practiced general civil law with an expertise in real estate, mortgage, commercial law and immigration law. Mr. Suarez completed his post-Juris Doctor course work at Pace University in New York during this time.

Mr. Suarez established himself in Central Florida in 1994, where his focus has been wills and trusts, and estate planning. He holds numerous licenses with both the Florida Department of Insurance and the Financial Industry Regulatory Authority. He has held his federal licenses for more than 20 years. Mr. Suarez has specialized knowledge in life insurance and annuities.

He has been recognized multiple times in the financial planning industry as a multi-million-dollar producer.

With Rolinski Law Group, LLC, he serves the firm’s international clients with their personal and business immigration matters.

He has been admitted to practice law before the United States Supreme Court as well as the highest Courts in the State of Montana and federal courts.

Mr. Suarez is married with three children. He is the head coach for Lake Mary’s high school golf team, which under his leadership has won three Florida state championships. He is an Eagle Scout and served in scouting for many years.